In 2017, Angola will put its satellite into orbit

In 2017, Angola will put its satellite into orbit

Within the framework of the ANGOSAT bilateral Angola – Russia space project, an Angolan satellite will be put into near-earth orbit in the first six months of 2017.
The statement was made upon the results of the work of the inter-ministerial delegation which visited Moscow between June 2nd – 5th, 2014. The delegation consisted of Jose Carvalho da Rocha, Telecommunications Minister of Angola, José Luís de Matos, Minister of Social Communication, and Adão do Nascimento, Minister of Higher Education.
The delegation from Angola of which the Ambassador of Angola to Russia, Joaquim Augusto de Lemos was also part, stated that Russian companies involved in the project had created the necessary conditions to fulfill the project successfully and on time thus making it possible for Angola to achieve great progress in this important area of high technologies.
The ANGOSAT project will furnish the country´s telecommunications with a nation-owned satellite with its optic-fiber and micro-wave communications network which will provide the coverage of the entire Angolan territory at a high technological level. 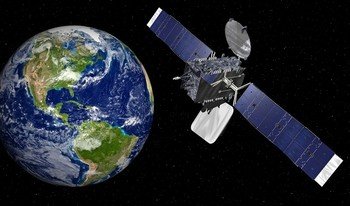 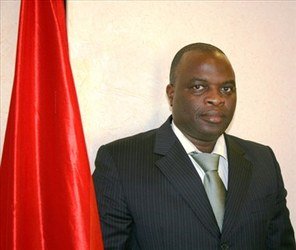 Minister of Higher Education of Angola,
Adao do Nascimento

Ambassador Extraordinary and Plenipotentiary of Angola to Russia,