Activities of the Embassy 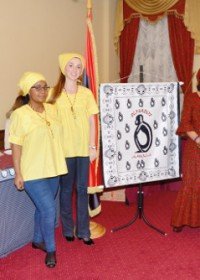 The International Winter Bazzar has become a widely known annual event in Moscow, at least at the level of foreign diplomats and various Russian circles.

One of the oldest Moscow festive markets, Winter Bazzar marked its 28th edition last year, with diplomats, businessmen and tourists among its clients. The Ambassadors of Romania, the Netherlands, Republic of South Africa, Czech Republic and Slovakia were in attendance, surrounded by other diplomats from 56 embassies.

This is one of the main annual events that the International Women Club (IWC) in Moscow has been always using as a means of raising funds for charity activities through all time of its existence as a philanthropy institution.

The event attracted four thousand and five hundred people: visitors and buyers were much interested in items exposed at the Bazzar’s stands. Among the supporters of the event there were multiple Moscow institutions including Child Hospital Speransky, orphanage of Mother Teresa, shelter Neznaika and MPC Social Services.

The 28th Bazzar was an occasion for the expatriate community and their Russian companions to unite and once again raise funds and other goods for charity purposes to those in needs.

For this sake, Luxemburg, Slovakia and the Czech Republic appointed a diplomat on a permanent basis to follow sales at their respective stands.

The Angolan stand offered a variety of essential national products, consumption goods like food products, cuisine, clothes and crafts and also showcased the cultural potential of the country. The Angolan corner was decorated with fine drawings, photos, national flag and tapestries like “the Thinker”, a major symbol of the Angolan culture.

Embassies from the whole world sold their signature products and typical food. Lots of countries took the opportunity to display music and dances from their countries, with various artists giving a vivid vibe to the cultural program.

Locals and foreign guests appreciated the welcoming atmosphere: they walked along the stands in search of exotic gifts and dainties from the countries participants who made the event a showcase of multicultural creativity.

Money paid for entrance, 300 rubles per person (children under the age of 10 were admitted free of charge), was allocated to assist to those in needs.

The Bazzar took place in one of the most renowned hotels of the Russian capital in the area of Kievskaya metro station, on Saturday, November, 28th, 2016, from 10 to 16 o’clock. 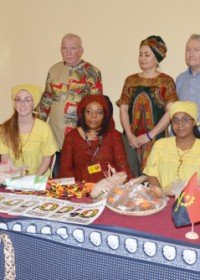 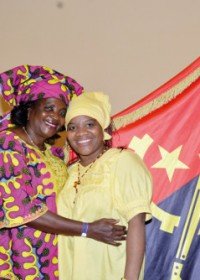 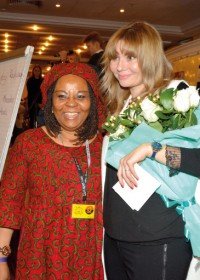 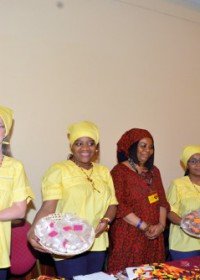 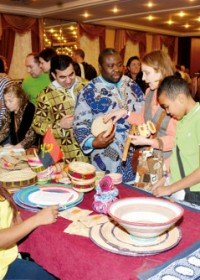 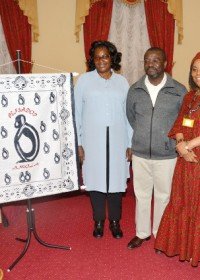 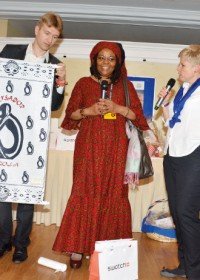 The ordinary October meeting of African Ambassadors in Moscow was marked by a special deeper analysis of the situation in the Great Lakes region, as well as in the Democratic Republic of Congo and South Sudan.
Such a step voiced the African diplomatic corps's concern over the negative impact to peace and security in the continent.
Head of the Angolan diplomatic mission to Russia
Joaquim Augusto de Lemos made a detailed report in the prevailing situation in the Great Lakes Region. The report came after the seventh CRGL Summit that took place in Luanda on the October 26th, 2016, and gathered most of the heads of state or their representatives in this regional organization.
The Angolan Ambassador in Moscow stressed the importance of integration and tight ties for the CRGL to guarantee peace and stability in all parts of Africa.

The SADC Ambassadors residing in Moscow and accredited in the Russian Federation celebrated happily the thirty-sixth anniversary of this organization of sub-Saharan Africa. The UpDK Cultural Center, that became the venue for the celebration, proved too small for the diplomatic corps, especially the African one. Here the diplomats interacted with European, American and Asian representatives in order to strengthen the ties connecting the countries between each other, especially the 14 member countries of the Southern Africa Development Committee.
Ambassador of Mozambique to Russia Mário Saraiva Ngwenya, anchored the event dedicated to 36 years of SADC existence and, prompted by the host of the ambassadors of the organization, greeted the present guests and stressed the value of the memorable date of the 23d of September.
The President of the SADC group in Russia, who was also in attendance, appealed to deep- en the integration and coordination of the members within and beyond the African continent.
Dean of the African Ambassadors to Russia Máxime Dovo, echoed the SADC President by highlighting the weight and importance that the SADC as a regional structure has in the world and in the African continent.
In his turn, Russian Vice Foreign Minister Mikhail Bogdanov, who represented the Russian government, voiced his willingness to continue working with African countries in order to consolidate the relations of cooperation and friendship with all states in Africa.
Apart from the official ceremonies, the event provided for the entertainment part. With the flags in the background, accompanied by the national anthems, the attendees enjoyed the typical African dishes, music, dancing, cake cut and the family photo of all resident Ambassadors.
The 14 SADC countries are: Angola, Botswana, Lesotho, Mozambique, Malawi, Mauritius, Madagascar, Namibia, Tanzania, Swaziland, South Africa, the Democratic Republic of Congo, Zambia and Zimbabwe.

Angola presided the first monthly meeting of the African Ambassadors accredited in Moscow aimed at the elaboration of the new strategies to harness in interaction with the European country.
At the opening of the meeting the Dean of the African Ambassadors in Moscow, Ambassador of Madagascar Elois Maxime Dovo greeting his colleagues and encouraged them to elaborate a deeper approach on relations with Russia.
The meeting that gathered 46 heads of Diplomatic Missions concerned the creation of a new interaction model in the external African policy regarding friendly and close ties with Russia the Ambassadors may avail of during their term.
That was the reason, according to hosting Ambassador Joaquim Augusto de Lemos, for all the African Ambassadors to organize a meeting on a monthly basis in order to discuss the African agenda along with the highlights of external and internal Russian policy.
The meeting was completed by reports from the technical committee on the preparations for the Day of Africa that is celebrated on the 25th of May every year.

There is no translation available, please select a different language.