Angola presided the first monthly meeting of the African Ambassadors accredited in Moscow aimed at the elaboration of the new strategies to harness in interaction with the European country.
At the opening of the meeting the Dean of the African Ambassadors in Moscow, Ambassador of Madagascar Elois Maxime Dovo greeting his colleagues and encouraged them to elaborate a deeper approach on relations with Russia.
The meeting that gathered 46 heads of Diplomatic Missions concerned the creation of a new interaction model in the external African policy regarding friendly and close ties with Russia the Ambassadors may avail of during their term.
That was the reason, according to hosting Ambassador Joaquim Augusto de Lemos, for all the African Ambassadors to organize a meeting on a monthly basis in order to discuss the African agenda along with the highlights of external and internal Russian policy.
The meeting was completed by reports from the technical committee on the preparations for the Day of Africa that is celebrated on the 25th of May every year. 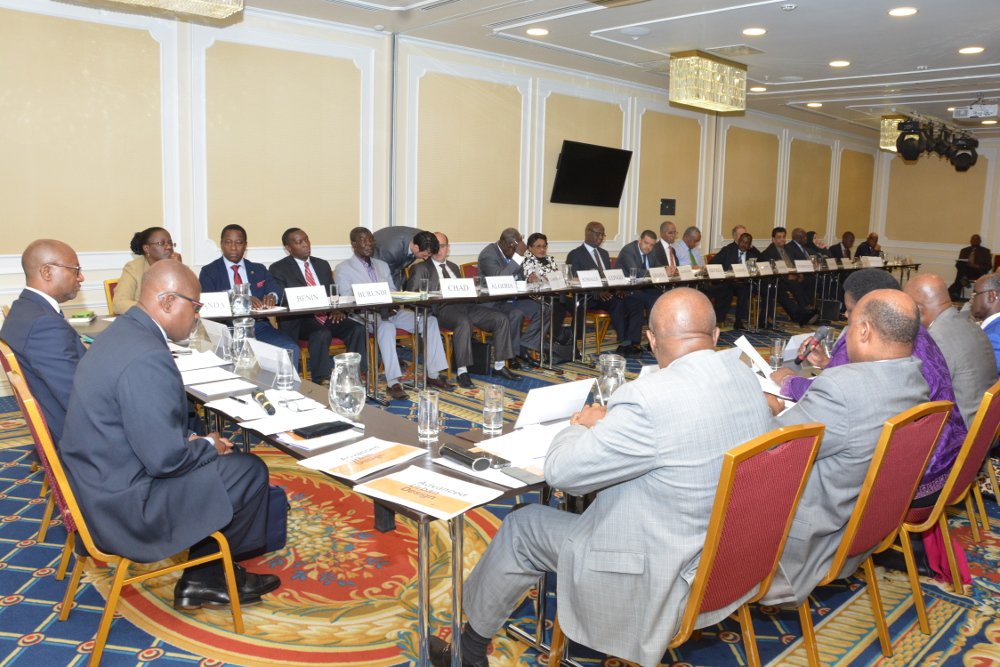