Angola present at the Economic Forum Russia-Africa in Ekaterinburg

Angola present at the Economic Forum Russia-Africa in Ekaterinburg 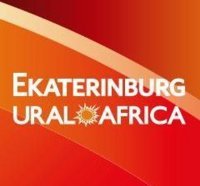 Angola was represented by a numerous delegation at the Economic Forum Russia-Africa held from July 10 to July 13, 2013 in Ekaterinburg, an important industrial, educational and scientific centre of Russia.

The delegation from Angola, second largest of the African delegations at the Forum, was headed by His Excellency Mister Manuel Augusto, State Secretary for External Relations, and composed by Engineer Albina Assis, National Commissar for EXPO, Mr. Joaquim Augusto de Lemos, Ambassador of Angola to Russia, other officials from the Ministry for Foreign Affairs of Angola and the Embassy of Angola in Moscow.
More than a hundred delegates from 37 African countries participated in the event, among them ministers and deputy ministers of industry and trade and 20 ambassadors accredited in the Russian Federation.
The main aim of the Forum was to create a platform for cooperation between Russia and Africa and to acquaint African partners with the city of Ekaterinburg, a candidate city to host the EXPO-2020.