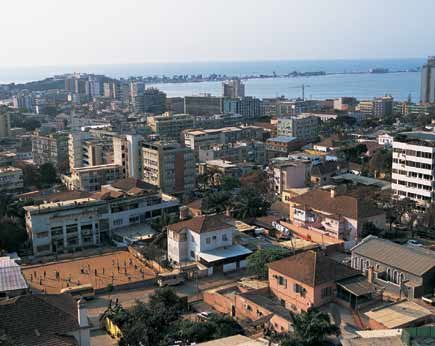 Out of the seventeen parties participating in the parliamentary elections of 1992, twelve got at least one seat and were thus represented at the National Assembly.
MPLA (Popular Movement for the Liberation of Angola) received 53.74% of the votes and 129 out of 220 seats in the Parliament.
UNITA (the National Union for the Total Independence of Angola) got 34.1% of the votes and seventy parliamentary seats as a result of the parliamentary elections of 1992. That party is represented by four ministers and ten deputy ministers in the Government of Unity and National Reconciliation (GUNR).
PRS (Party of Socialist Renewal) got six mandates and 2.27% of all votes. In the GUNR this party is represented by one minister and two deputy ministers.
FNLA (the National Front for the Liberation of Angola) has five mandates in the National Assembly and obtained 2.4% of the votes at the parliamentary elections. However, in 1998 the FNLA left the Government of Unity and National Reconciliation.
PLD (Liberal-Democratic Party) got three parliamentary mandates and 2.39% of the votes.
FDA (Angolan Democratic Forum) founded in 1992 by dissidents from UNITA, received one governmental position in 1992 and now has got one deputy at the Assembly.
Six other parties have one seat each at the National Assembly:
PRD (Party of Democratic Renewal).
AAD-SOA (Coalition – Democratic Alliance).
PSD (Social-Democratic Party).
PAJOCA (Party of Alliance of the Youth, Workers and Peasants of Angola).
PDP-ANA (Democratic Party for Progress – National Alliance of Angola).
PNDA (National Democratic Angolan Party).