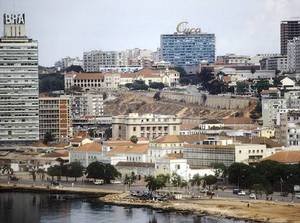 In accordance with the current Constitution's provisions concerning the executive branch of power, the President of the Republic shall appoint a Prime Minister for exercising part of his own presidential authority. Before appointing the Prime Minister the President shall consult with the political parties represented at the National Assembly and find out their opinions. The Prime Minister shall form a Government that bears political responsibility before the President and the National Assembly.
The President of the Republic shall preside at the meetings of the Council of Ministers and the Council of the Republic, the latter being his advisory body.
The Prime Minister shall control and lead the work of the Government, coordinate and direct the activities of all ministers and state secretaries, represent the Government during sessions of the National Assembly, both inside and outside the country.
The Government of Unity and National Reconciliation, as is clear from its very name, consists of representatives of widely varying political formations. All ministers have equal rights, irrespective of the party they belong to, and they have direct access to information on all issues and problems, and the ministers' opinions shall be listened to and taken into account on all issues relating to the competence of the ministries that they head.